As the delta variant continues to spread around the globe, we see notable differences in monetary policy response. And that’s not the only point of difference among central banks.

As the delta variant continues to spread around the globe, we see notable differences in monetary policy response. A new lockdown in New Zealand caused the RBNZ to postpone a planned rate hike, although we do expect the bank to take this step later this year. The Bank of Korea did not let delta derail its hiking plans and lifted rates in August. In CEE and Latin America, too, various central banks have launched their hiking cycles.

Among the four major central banks, the policy approaches have also differed. The flare up of the virus in China and past tightening measures in its property sector are having an impact on growth and the PBoC has responded by loosening policy. For the ECB and BoJ we expect key decisions on monetary policy adjustments to be announced only later this year, despite all the recent media attention devoted especially to ECB speakers. While virus cases have been growing rapidly in the US as well, the Fed seems intent on initiating QE tapering this year.

This edition of the Central Bank Watcher also pays attention to central bank policies on sustainability. It goes to show that it’s not only the monetary policy climate that is changing.

The Fed’s tapering train on track

There is strong support among FOMC members for starting a tapering of asset purchases this year. That can be concluded from Fed chair Jerome Powell’s speech at the Jackson Hole conference, the minutes of the July FOMC meeting and recent comments from individual FOMC members. We expect the Fed to pre-announce tapering in September. The official announcement and details could then be presented at the November meeting. The market will look for a strong August payrolls report to ‘seal’ the tapering decision. A substantial slowdown in the August-October payrolls number could delay the announcement, but will probably not derail the tapering train. Covid-19 clearly still has the ability to disturb any carefully designed plan, but judging from Fed comments, it would require a substantial setback in economic conditions for them to rethink tapering.

At the ECB, it’s all about PEPP again

The ECB’s 22 July meeting was all about aligning the forward guidance on policy rates path with the new 2% inflation target and strategy. The fate of its pandemic emergency purchase program (PEPP) was apparently not discussed. As Chief Economist Philip Lane recently explained in more detail, three conditions now need to be met before policy rates are raised. First, expected inflation must reach 2% “well ahead” of the end of the ECB’s projection horizon. Secondly, expected inflation should reach 2% “durably for the rest of the projection horizon”. And thirdly, “underlying” inflation should have made sufficient progress towards the target. All this “may imply a transitory period in which inflation is moderately above target”. The ECB is clearly keen to avoid a premature rate tightening, despite shying away from adopting a Fed-style average inflation targeting (AIT) policy in their strategy review.

The conditions for policy rate lift-off are unlikely to be met anytime soon. Indeed, the rise in headline inflation towards the 3% area later this year has been well flagged, and should give way to noticeably below-target inflation in 2022. As such, we agree with markets that a rate hike within the next two years is a low-probability prospect.

The latest regional outbreaks are a reminder that, notwithstanding progress on the vaccination front, the Covid-19 pandemic can still have significant disruptive effects on economic activity amidst a ‘zero tolerance’ policy. The full impact should become evident in the upcoming August activity data. Although the worst of the latest infections flare-up seems behind us, it is prudent to assume that this won’t be the last, as herd immunity does not seem imminent – in part because vaccine efficacy decays. At the same time, the impact from past property tightening measures and the engineered slowdown in credit growth will likely be weighing on China’s economic growth in coming quarters.

Policymakers have become increasingly aware of this and, despite a higher tolerance for lower growth amidst debt-cleansing efforts aimed at reducing future financial stability risks, have decided to ease the macroeconomic policy stance. This implies a somewhat looser fiscal policy, including faster local government bond issuance aimed at supporting infrastructure investment, as well as some monetary and credit easing. Indeed, the PBoC prescribed “to stabilize credit growth” and lower financing costs for Covid-affected SMEs at a recent meeting with banks. Moreover, it has hinted at more support for rural areas, including through a targeted cut in (some) banks’ required reserve ratio (RRR). This would come on the heels of the broad-based RRR cut that was implemented in July.

However, we are not convinced that this would be enough to sufficiently reverse the downtrend in growth amidst moderate underlying inflation pressures. Hence, we retain the view that risks are skewed to the PBoC doing more than the above.

By Topic
By Author
By Topic
Public Equities 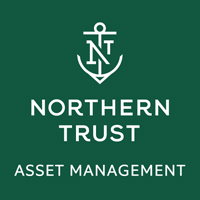 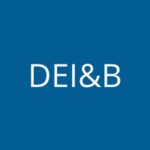 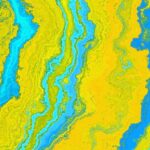 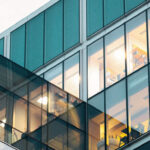 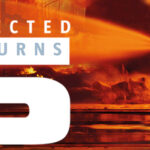